April 18, 2012 | Chattanooga, Tennessee – A mostly rainy Wednesday gave way to partly cloudy afternoon on a sleepy blue bridge spanning the Tennessee River. Just about 6:30 pm, clouds rolled over, a boat passed under, and quite out of nowhere, something magical happened.

What comes out on the rainiest days after a storm? Why, a rainbow, of course.

In just a few ordinary moments that evening, 100 bright spots unfurled down the west side of the iconic Walnut Street Bridge in a flash of flying colors. 100 hammocks and 100 people painted a rainbowscape out of the gray, creating, as one viewer phrased it, an “outburst of color and freedom.”

We’re willing to bet we pulled off the world’s first-ever Hammock Flash Mob. We’re pretty sure it’s a world record (although it’s proving quite complicated to make that official – and if we know one thing about hammocking, it’s not supposed to be complicated.) But we’re 100 percent positive it was the first time there’s ever been 100 hammocks hung on a bridge.

It started as a random idea. We love hammocks (of course). We love Chattanooga. And we’ve always wanted to be in a flash mob. Why not combine all of the above? When we found out about Chattanooga’s first annual HATCH festival (celebrating History. Art. Technology. Culture. Happenings.) and the 10×10 Showcase, we knew we’d found the perfect occasion.

First we had to find a place with space for lots of hammocks. Why not one of Chattanooga’s favorite icons – our historic walking bridge? Check. Then we had to find enough people to hang a lot of hammocks at the same time. 10×10 got us thinking… 10 teams of 10 people would make 100 hammocks, perfect for our century-old bridge.

It’s up for debate  (or challenge, anyone?) how fast any other city could get 100+ people to sign up for a hammock flash mob. Within two days of reaching out to our fans and hammock enthusiasts, our list was 50% full. With help from friends like Chatype, LifeKraze and CO.LAB, we had 100% of our flash mobbers in less than a week, and people were still signing up as “extras” hours before the event. Check.

After place and people, all we needed was hammock weather – not too hot, not too windy, and preferably not too wet. Rain persisted all day, but the skies turned perfectly cloudy just in time for a panorama of old and young, families and college kids, friends and fans, to congregate for a few moments of blissful tranquility.

We make bright spots – it’s what we love to do. And that Wednesday we got to brighten a whole lot of new faces. We’re hoping the colorful footage we captured will brighten a lot more, and maybe even create a Hammock Flash Mob movement.

We couldn’t have realized our flash mob dream without you, Chattanooga. We’re glad to call you our Color Cloud home.

Color Cloud Hammocks are made with care in Cambodia and ship from Chattanooga, supporting small businesses on both sides of the globe. Find out more about our story here. Shop our hammocks here. 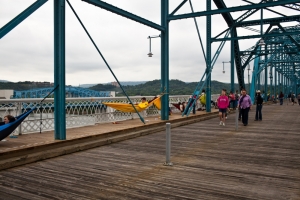 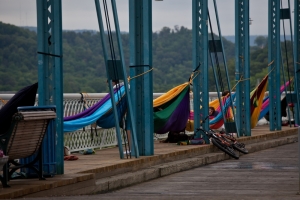 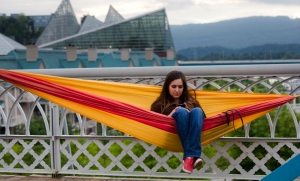 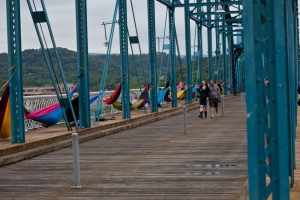 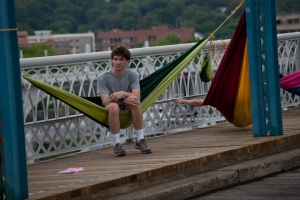 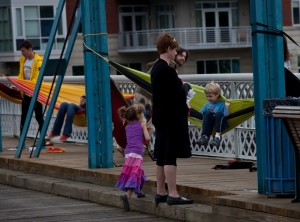 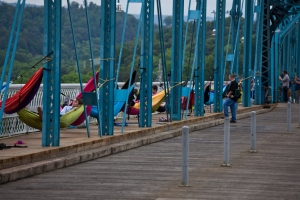 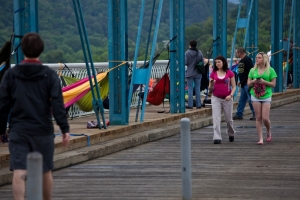 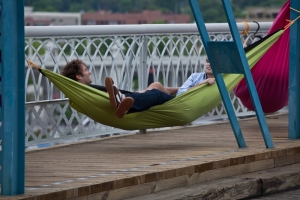 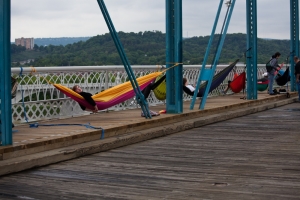 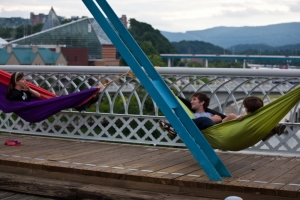 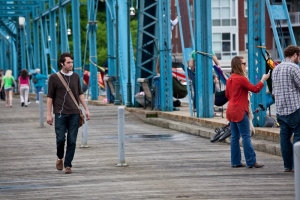 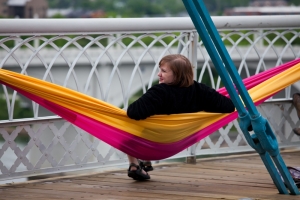 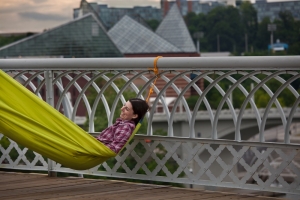 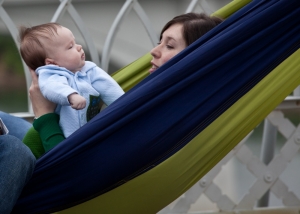 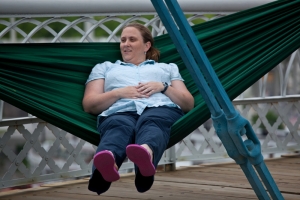 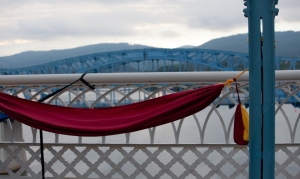 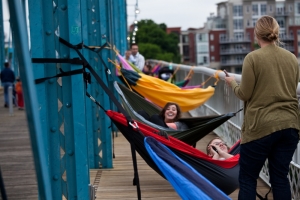 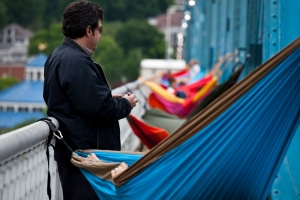 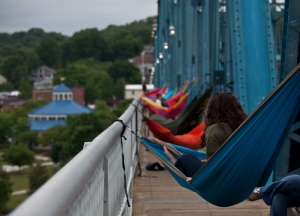 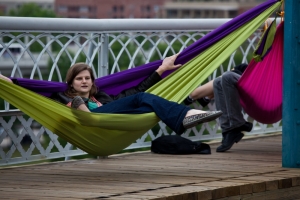 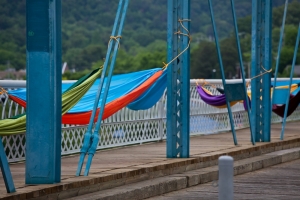 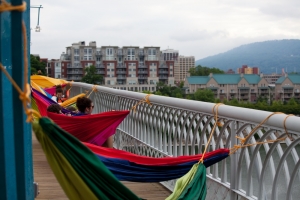 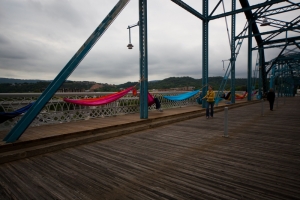 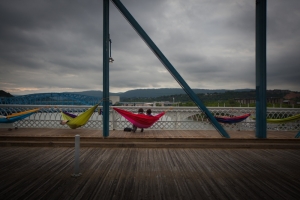 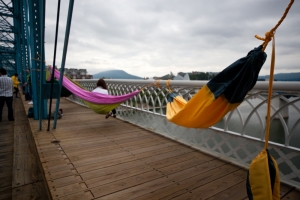 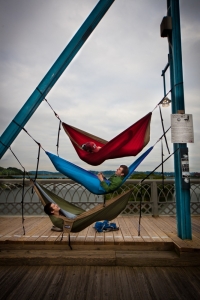 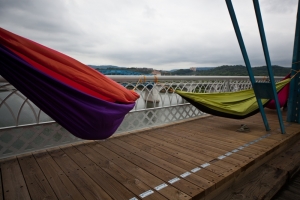 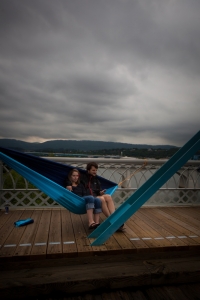